And Where Do You “Where To?”: Hotville Chicken’s Kim Prince @ Los Angeles Times’ The Taste Festival 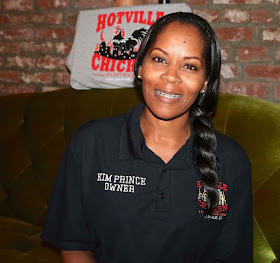 It’s that time again - The Taste returns to the Paramount Studios in Hollywood this Labor Day Weekend!

Hosted by Los Angeles Times, this annual food & beverage festival features three evenings of endless tastings from scores of participating restaurants from across the SoCal region. There’s also demos and discussions with renowned chefs, beverage vendors and interactive stations, such as photo booths and art installations. You can read more about what the 2018 rendition was like, in my recap from last year here. 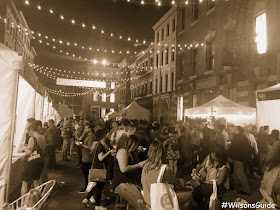 While there are so many stands to visit, one participant I was excited to see return was Kim Prince’s Hotville Chicken. This pop-up eatery serves up legendary Nashville Hot Chicken (NHC), which, in recent years, has spread like wildfire throughout the nation, and more specifically, here in Los Angeles, too.

Last year was the first time ever that Prince had a booth at The Taste, passing out close to 2,200 plates of NHC bites on white bread on topped with a sliced pickle (pictured below). 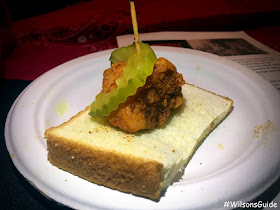 And this year, she’ll be around both Saturday, Aug. 31 and Sunday, and Sept. 1, expecting to pass out 2,000 each day. She’s also kicking it up a notch by offering what’s called the "Bird's Nest" — “a juicy bite size chunk of my Nashville Hot Chicken nesting on a bed of crispy julienne potatoes and topped with the traditional pickle chip,” she explained. “Now all that means to a country gal like me is some fiery fried fowl and some fancy fries!”

So in honor of this year’s upcoming event and Prince's return to The Taste, I connected with her to get the scoop on what’s new for this year, what it’s like to prep for such a big, multi-day event like The Taste, and of course, her own favorite “Where To” destination in Los Angeles.


Read on to hear more and don’t forget to check out The Taste, Labor Day Weekend!

WilsonsGuide: You participated in The Taste last year. Why did you decide to participate again for this year?
Prince: It's an invitation-only affair, and Los Angeles Times asked again. I'm most humbled with gratitude for the opportunity to stand alongside so many amazing local chefs in Los Angeles. Plus, it's an opportunity to expose my brand to the general public as I prepare to open my first Nashville Chicken Shack here in Los Angeles.

WilsonsGuide: What's going to be new this year for Hotville Chicken?
Prince: We're looking to make some BIG NEWS announcements....emphasis on the plural "s". I can't go into detail just yet, but let's just say it's got zip codes attached to it!

WilsonsGuide: What's the best part about participating in an event like The Taste?
Prince: Introducing my brand, Hotville Chicken to the guests. I'm handing out a true Nashville original on a plate. It's country-comfort food with a kick. Now who could resist that!

WilsonsGuide: What does it take to prep for an event like The Taste? Can you walk us through the process?
Prince: I began planning for The Taste just as soon as I accepted the invite. I kept the menu simple and didn't want to stray too far from how traditional Nashville Hot Chicken is served (on top of two slices of white bread and topped with a couple of dill pickle chips). 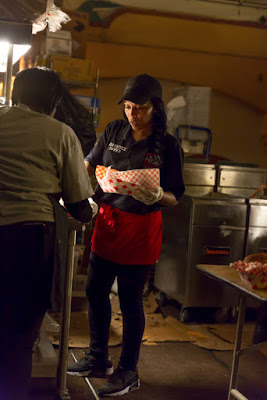 As far as process, well, first I do a little dance and thank God for another opportunity to simply share what my family is so proud to have started in the 1930s. Being invited to participate in The Taste is sort of a BIG DEAL to a gal that grew up in College Grove, Tennessee (just outside Nashville). So naturally, I call my folks, including my Aunt Andre Prince who has been at the helm of Prince's Hot Chicken Shack for some 40 years in Nashville.

Planning for the event really starts with the Times and their staff. They provide such wonderful guidance and take a lot of the stressful work off my shoulders. I plan my kitchen layout, reserve equipment, secure staff, and contact suppliers to have all of my resources lined up and ready to go. We spend about five hours prepping the day before and I try to get a good night's rest.

On the day of the event, it's show time. Once I say "light 'em up!" my crew knows what to do. It takes 15 or so minutes to get the grease ready to start frying. Then it's time to "Baptize the Bird." That simply means drop the floured chicken into the grease. Twelve to 20 minutes or so later, depending on the cut of the chicken, they are ready to be spiced at varying levels of heat and served.

WilsonsGuide: You're also going to be giving a Special Cooking Demo on Saturday, Aug. 31, 7:30 - 10:30 p.m….how did this opportunity arise?
Prince: Back in June, Jenn Harris of Los AngelesTimes Food Section put myself and Johnny Ray Zone, owner of Howlin' Ray's Hot Chicken, in the same kitchen. Two hot-chicken heads flicking flour and frying fowl was exhilarating and educational. While our approach to frying NHC is different, the kinetic bond of passion in frying chicken is unapologetically HOT!

WilsonsGuide: Can you give us a sneak peek at what to expect during the demo?
Prince: All I can say is, "It's gonna be hot!"

WilsonsGuide: Are there any other chefs / stations you're looking forward to seeing?
Prince: If I can break away from my own station this year, I plan to graze all of the stations.


WilsonsGuide: Aside from Hotville, do you have a favorite L.A. or Nashville restaurant or travel destination? If so, what is it and why?
In L.A., I'm a fan of Dulan's Soul Food. I like a plate overflowing with Oxtails, Collards, Corn and Okra, and a side of cornbread. It fuels me to get up and workout every morning. It does the body good!


Can’t make The Taste? No worries! Hotville Chicken plans to open a brick-and-mortar fast-casual dining spot later this fall, so you’ll have the chance to nibble on this hot chicken soon enough.
Check the website for more details and see you at The Taste soon! 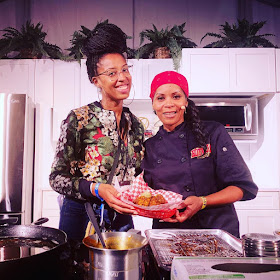 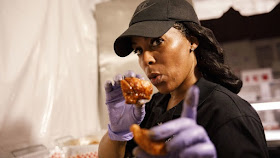